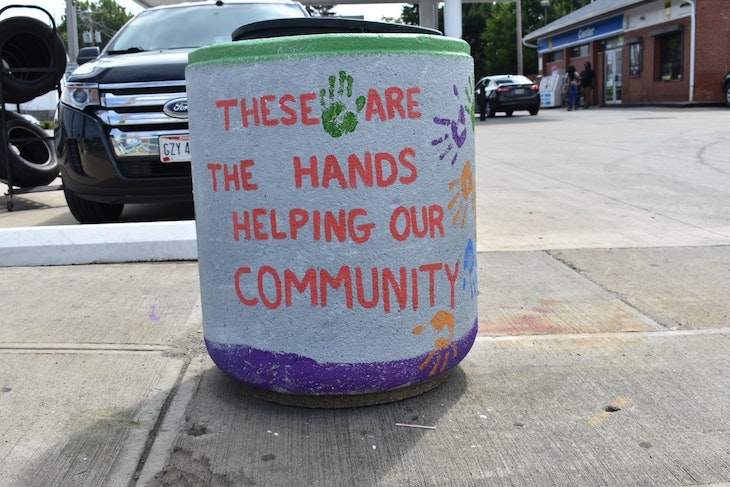 CLEVELAND – Sept. 17, 2019 – Five community partners are collaborating to develop a critical blueprint that will guide efforts to strengthen the Clark-Fulton neighborhood. The comprehensive neighborhood master plan aims at creating sustainable and inclusive growth.

A request for proposal was issued August 5, to develop the first-ever comprehensive master plan for the Clark-Fulton neighborhood.

Partnering to oversee the creation of the master plan is Ward 14 Councilwoman Jasmin Santana, the City of Cleveland, the Metro West Community Development Organization, the Cleveland Foundation, and the MetroHealth System. The proposal states that instead of “developing separate strategies for community health, affordable housing, public space, improved education, economic development and social services, this core group of community leaders has decided to pursue a collective approach to improving the Clark- Fulton neighborhood.”

Central to that goal, according to the collaborative, is preserving the neighborhood’s ethnic diversity and availability of affordable housing. While the partners want to create economic improvement and reverse the trend of population loss, they are acutely aware of the gentrification that has followed redevelopment elsewhere. The master plan requires a design to boost the health and economic opportunities of existing residents while cultivating new economic development and encouraging more people to live in Clark-Fulton.

Clark-Fulton is one of Cleveland’s most racially and ethnically diverse neighborhoods. Like many Cleveland communities, Clark-Fulton has a rich heritage from the many European immigrants that arrived during the City’s industrial dominion. Today, the neighborhood offers a unique and diverse population that includes the state’s densest Latinx enclave. The area is not only home to a large and growing number of Latinx residents, but also an increasing African American population and a growing refugee community, adding to the cultural fabric of Clark-Fulton.

Engaging with residents will be a crucial component of the planning process. The partners want to make sure that the needs, challenges, and opportunities in Clark-Fulton are thoughtfully being addressed by listening to what matters most to residents. The chosen consulting team is expected to utilize various and innovative methods to engage and communicate with all members of the diverse community.

The Clark-Fulton neighborhood is considered a soft boundary as neighboring communities will inevitably be impacted by this work, particularly the Brooklyn Centre and Stockyard neighborhoods. These two neighborhoods and their residents will also see the positive effects of the planning and improvements taking place as a result of the master planning process. While understanding that the impact will be wider spread, the plan will focus on the Clark-Fulton neighborhood bounded by I-71 to the east and south, I-90 to the north and W. 44th Street to the west.

Like many neighborhoods, Clark-Fulton faces various challenges from factory closures, population loss, and property foreclosures. However, for many years, nonprofit organizations and institutions in the community have been working to support the neighborhood’s social vibrancy and cultural diversity. The five partners believe Clark-Fulton is well-positioned for reinvestment.

It is an opportune time to embark on a master planning process as the neighborhood is seeing an influx of current and proposed investments within the area. Clark-Fulton is a chosen target area of Mayor Frank Jackson’s Neighborhood Transformation Initiative, a collaborative effort led by the City of Cleveland to leverage private investment to stabilize neighborhoods and position them for growth. The neighborhood was also selected as the recipient of FHACT50 federal funds through the State of Ohio. As the target area for these funds, the Clark-Fulton neighborhood will receive $3 million in tax credits to help create a more diverse and accessible community through affordable housing.

MetroHealth, Clark-Fulton’s anchor institution, recently announced a $60 million West 25th Street development project that will include affordable housing, a job training center, and other community and retail amenities. That project comes in addition to MetroHealth’s $1 billion transformation of its main campus in Clark-Fulton, a critical component to the neighborhood’s revitalization.

Other business and civic organizations believe too that the neighborhood’s main street – the busy West 25th Street Corridor – is ripe for improvement and growth. The West 25th Street Corridor is one of 64 in Cuyahoga County designated as an “Opportunity Zone” – a new federal designation designed to spur development in economically distressed areas with special incentives for private investment.

Selection of the master planning firm will occur in October. The master plan itself is projected to be completed by October 31, 2020.